May 5
I left hotel Deva early forenoon heading my next major goal, Bran Castle and count Draculas domicile. Maps.me has calulated around 275 km cycling and 600 altitude meters which mean that around 10 am, may 8 should I be there .

The first daycycling was quite easy, flat and long straight distances through agricultural areas and small cozy rural villages. 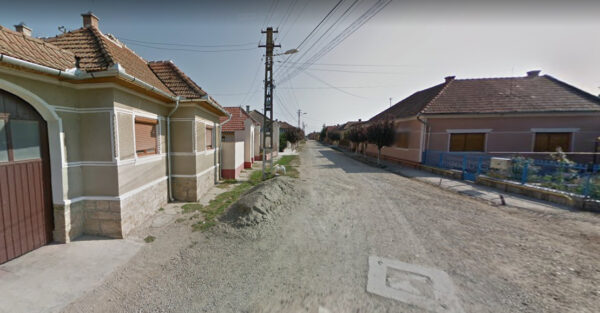 Gelmar, one of many small rural villages

In Sebes I stoped for coffe and some navigation search then further east. Just I left town it
began to drizzle and then more heavy rain and I was needed to change to rainwear.

When I passed a parking pocket by the road I stayed for more navigation check. I became immediately but kindly surrounded by a group of gypsies and their children.
They were curious about me but mostley at my bicycle and the GPS on the handlebar and I felt a single second of inattention and my GPS would be gone.

They also begged for money 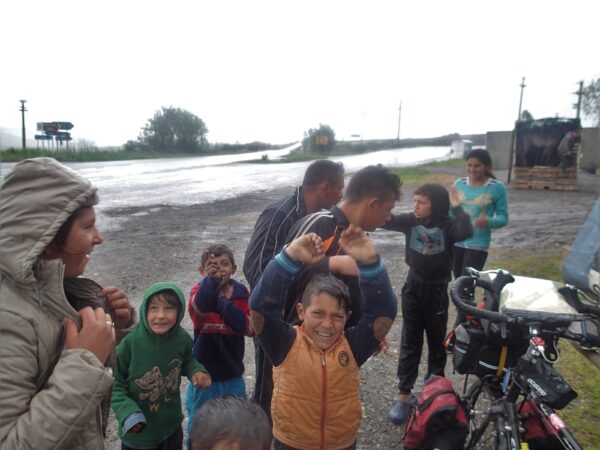 When I stopped, I was immediately surrounded by curious children… and adults too!

In Romania, the Roma are very vulnerable, a majority live in poverty and the discrimination
against them is obvious… despite the fact that we have reached the end of the 2010s… deplorable!

An hour later I steered my bicycle off road and pitch up my tent in a field and protected by some bushes.
The rain has stopped, thanks for that