My sleep has been good and today, 2 May my first goal is Beiuş 40 km away. 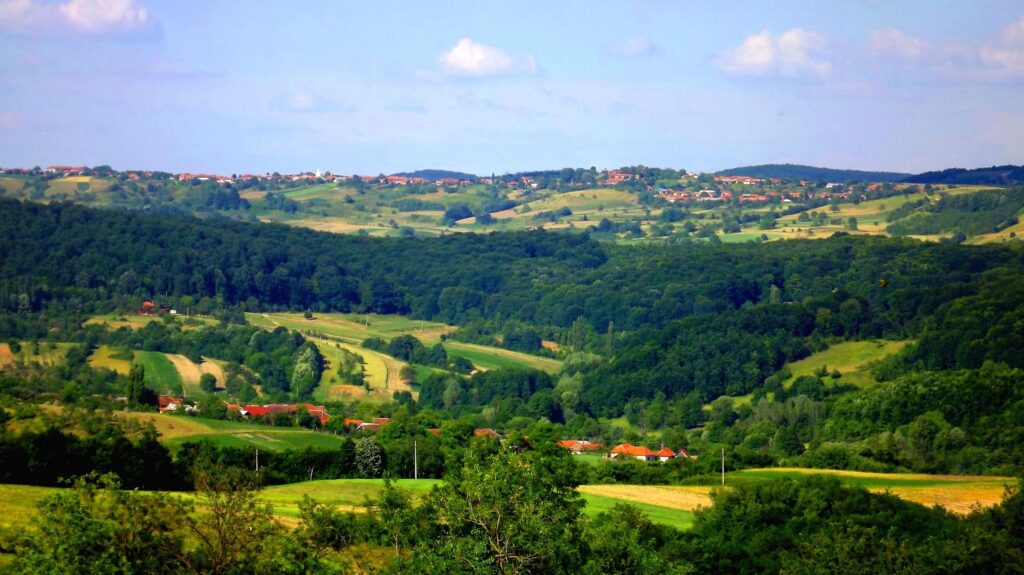 View from my tent camp in the morning

Need a new sim card for my old cell phone I luckily had brought with me,  and also a new butane / propane gas bottle which is almost has running out for the camping kitchen

Now the summer has come, despite early morning. I can ride in shorts and short-sleeved shirt and I like that.

A sad sight in front of me between Brătești and Răbăgani  stopped me, a dead collie lying on the road. A it seems he had been lying there for a while and no one wanted to know anything about the dog either. 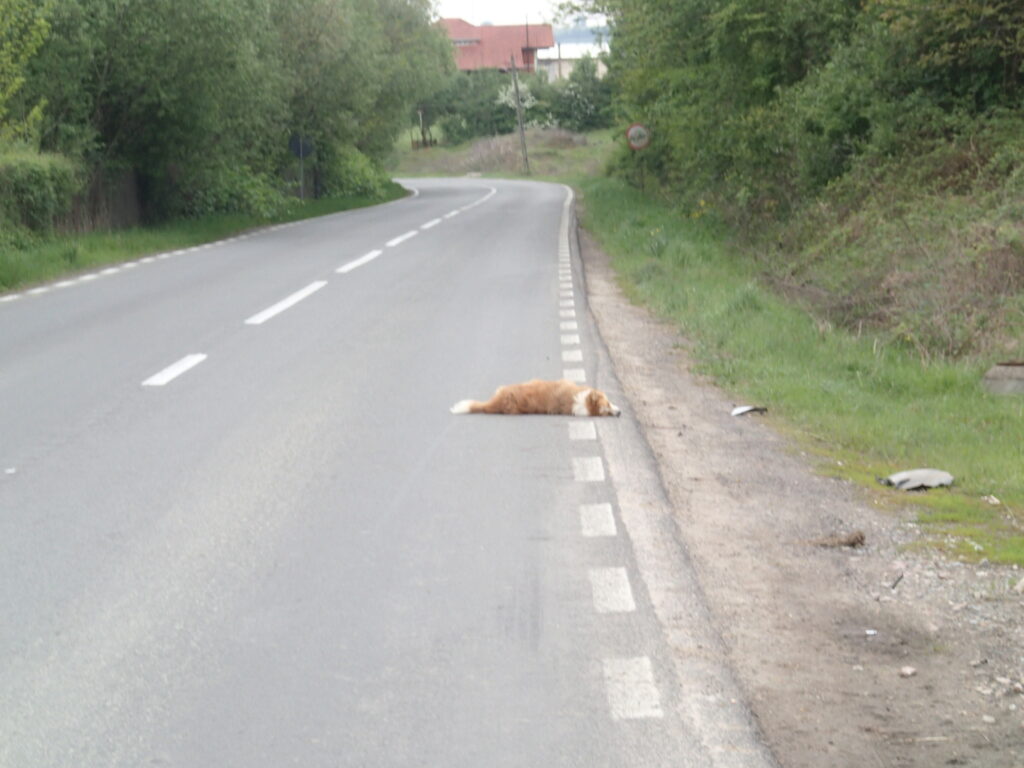 Today early fornoon , a sad sight. A dead collie on the road. I stopped to bury him

I found a small shovel and buried him on a grassy place by the side of the road. It is deplorable that no one in the vicinity showed any concern.

I entered Beius  just before noone, lots of people and traffics, seems to be a busy town at the moment.  I bought a new simcard at Orange, a new gasbottle to my camping kitchen and a lunch.

Some hours later I was om my saddle again peadling after small roads through rural villages.

In Cristio de Jos I did my last stop before my camp and stopped ouside a local grocerie shop which also worked like a meeting place for the locals. 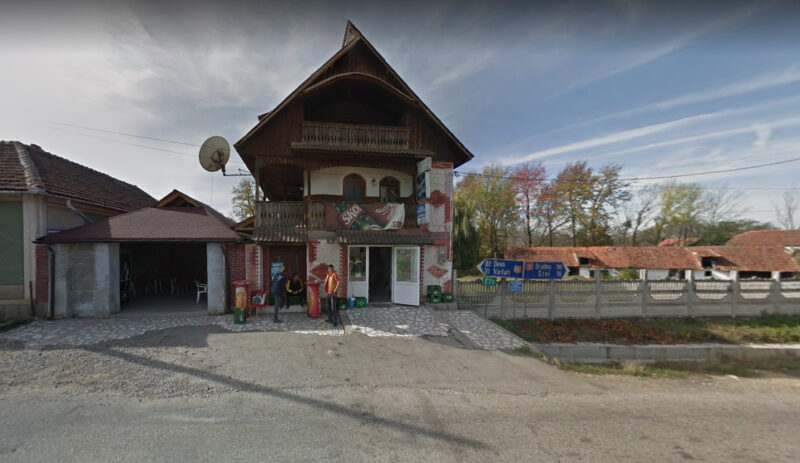 Three tables and a TV hanging on the wall above the pay desk. At one of the tables sat some villagers and chat while watching TV. I bougth some groceries and bread and then a cup of coffe and sat down beside the door. One of the men at the other table asked me with a mixed of english end romania where I was going.

From here and now the challenge of today began.

The road wound like a serpentine uphill with steep precipices to my right and dense forest on the other side.

Roadworks had been started at some parts. Five – six km up then about two easy km to my camp.

Tired but satisfied, I got my reward on the top, the view down valley was magnificent… gave me Goose bumps,  Really

Just before 8 o’clock pm, two hundred meters from the road out in a field overlooking Groși down belov, I camped.

Next day, my third in Romania I´m plamming for a break in Deva before I visit the castle Bran where Count Dracula has/had his residence.

Before I fell asleep, I started my audiobook app, as I alway don every night and continued to listen Leif G.W´s ”Kan man dö två gånger” (Can you die twice) about Police commissioners Evert Bäckström and his exploits.